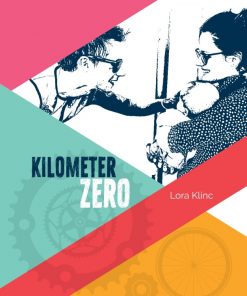 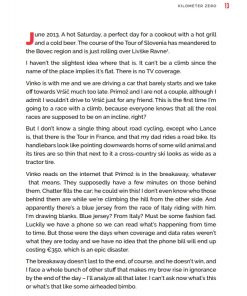 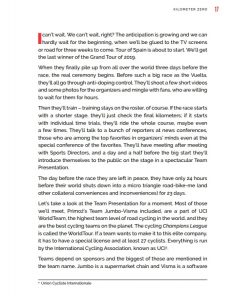 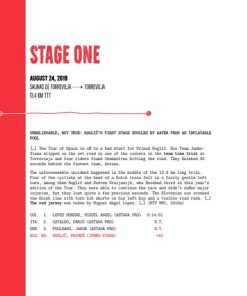 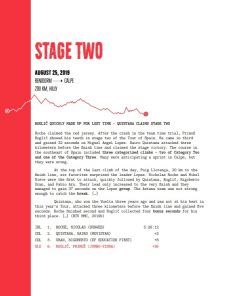 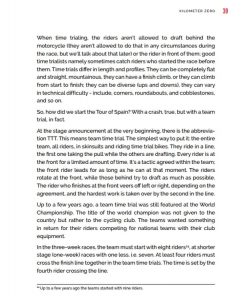 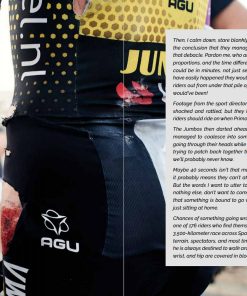 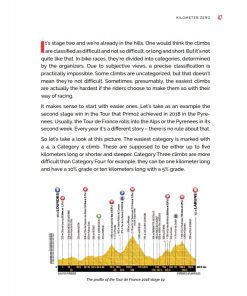 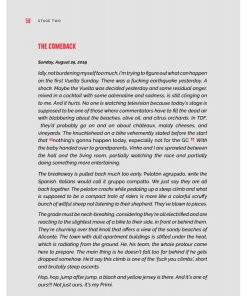 Primož Roglič is probably one of the most intriguing figures in the road cycling world.

Partially because he joined the peloton relatively late, not owning a bike until in his twenties, so expert commentators could not follow his development from earlier years; partially because he is not of the most talkative nature. Rather, he lets his legs do the talking. Therefore, it is a privilege to finally get a chance to peek into the universe of this unusual cycling star, through a wittily written story from the pen of his life partner, Lora Klinc.

Kilometer Zero takes us back to Vuelta a España of 2019, where Primož achieved his first Grand Tour victory. The book is written in three parts, all incredibly well interweaved. On one hand it serves nearly as an introduction to cycling, explaining the written and unwritten rules of this sport, where it seems you are free as a bird, but you are much more part of a team than in many “proper” team sports. On the other it takes us on an emotional roller-coaster ride, through moments of pain, suffering, sadness, loneliness, yet incredible gratefulness, happiness and most of all, love. All following the twenty-one stages and two rest days of La Vuelta.

It is a story about the man who stole the hearts of the cycling world, written by the woman, who stole his. A true writer, whose thoughts are deposited on paper with such captivating emotion and touch, that you will not be able to put the book down. And you will not want it to end.

We have been waiting for it. The book that impressed Slovenia is coming out in English.

For UK avaliable on Pippin´s book  .

This website uses cookies to improve your experience while you navigate through the website. Out of these, the cookies that are categorized as necessary are stored on your browser as they are essential for the working of basic functionalities of the website. We also use third-party cookies that help us analyze and understand how you use this website. These cookies will be stored in your browser only with your consent. You also have the option to opt-out of these cookies. But opting out of some of these cookies may affect your browsing experience.
Necessary Vedno omogočeno
Necessary cookies are absolutely essential for the website to function properly. This category only includes cookies that ensures basic functionalities and security features of the website. These cookies do not store any personal information.
Non-necessary
Any cookies that may not be particularly necessary for the website to function and is used specifically to collect user personal data via analytics, ads, other embedded contents are termed as non-necessary cookies. It is mandatory to procure user consent prior to running these cookies on your website.
SAVE & ACCEPT